This learning partnership  is a two-year project, starting October 2012, involving several European organizations. It is dedicated to sharing best practices on improving the impact on campaigns against all forms of xenophobia and racism through an effective use of new and traditional media.

The organizations involved in the partnership are:

Humanity in Action France (HIA France) is a non-profit organization which focuses on providing educational opportunities to young adults, professionals and members of the European civil society on diversity issues in a historical, comparative, and action-oriented perspective.
Its main activity consists in developing programs and fellowships combining academic study and skill-building workshops for participants from different personal and professional backgrounds.

HIA France is part of a network of organizations active in Denmark, Germany, The Netherlands, Poland, Bosnia and the United States. It believes that an important test of a genuine democracy is how it treats its minorities, and that the commitment to democratic values and the protection of minorities cannot be taken for granted in Europe. 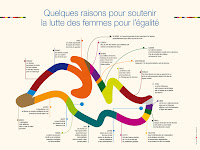 The Mediterranean Women’s Fund was created in 2008 through the initiative of women who have been involved for many years in promoting women’s rights in the Mediterranean region. Starting from their experiences of trying to finance their projects or those of other associations in Algeria, France, Turkey, Morocco and in Palestine, they have found that it is necessary to create a structure in order to provide financial support for the women’s rights movement in the region.
AIMS
To participate in the improvement of the condition of women and the promotion of equality between sexes throughout the countries around the Mediterranean by contributing to the development of the women’s movement in the region, at both local and regional levels.
MISSION
To provide, or help to find, the financial or technical means which are needed to fund actions decided by those groups, associations, organizations or individuals who are working towards equality between women and men in the Mediterranean region.
STRATEGY

The Fund's strategies are defined in close collaboration with both associations and networks created by women throughout the Mediterranean region. This link enables the Fund to adapt to the region's many different political and social contexts and to keep pace with changes.

Public Achievement is Northern Ireland’s leading youth focussed civic education organisation.  Our work is rooted in a commitment to helping young people and adults who work with young people to contribute to the building of more democratic communities.  They do this by doing real work on real issues, and in the process learning about how community works and their capacity to contribute to social change.  At the core of this work is a ‘coach’ – normally a volunteer, who supports the group and helps them to develop critical thinking and a range of skills, but who doesn’t do the work for them.

Our work is also underpinned by a commitment to improving community relations, building relationships between communities, and encouraging respect for and engagement with diversity.  We work alongside local communities, community organizations and individuals with a vocational commitment to working constructively with young people.

We currently are delivering on three major projects:

Away From Violence: a project supporting the development of community based initiatives that directly tackle violence and the legacy of violence and the building of better community relations in four communities across Northern Ireland.  Breaking the Cycle is a sister-project of Away from Violence and focuses on work with young women and young people from ethnic minority backgrounds. Beyond the Margins has also developed from Away from Violence to address issues around policing.
WIMPS: A youth-led participation project (Where Is My Public Servant?) promoting the civic engagement of young people through a world-class website and a comprehensive youth engagement programme. We train young people in cross-community ‘Crew’ across Northern Ireland to make films, conduct interviews, do research and campaign on issues that are important to them.  Through the website, young people can identify and email their elected representatives or they can set up and run campaigns.
Driving Change: this project is a collaboration between the Northern Ireland Fire and Rescue Service, their equivalent organisations in the border counties of the Republic of Ireland and Public Achievement around the theme of safer driving.